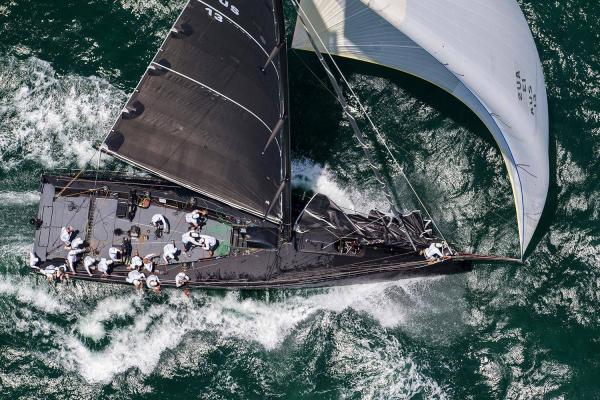 Stu Bannatyne, Grand Prix Race Sales & Projects Rep at Doyle Sails New Zealand, has raced on board Chinese Whisper during the 2016 season, as well at various stages with fellow members of the Doyle NZ team Justin Ferris and Richard Bouzaid.

“Chinese Whisper has proven to be a great all round performer and especially excelled in the long windward leeward style short offshore races that prevailed during the 2016 Bluewater Pointscore,” says Bannatyne. The 62ft Judel/Vrolijk yacht’s inventory includes a sail package by Doyle Sails New Zealand: two nylon spinnakers and four new Stratis sails with our company striving to make our sails faster, lighter and more durable than ever before.

“It is great to see race results that reflect the work we have done to ensure that our sails and the teams we work with are the best in the world”, says Bannatyne

Owner Rupert Henry was delighted with the Bluewater Pointscore Series win and is currently planning another busy season of offshore racing for 2017.