FIGAROS GEAR UP WITH DOYLE SAILS 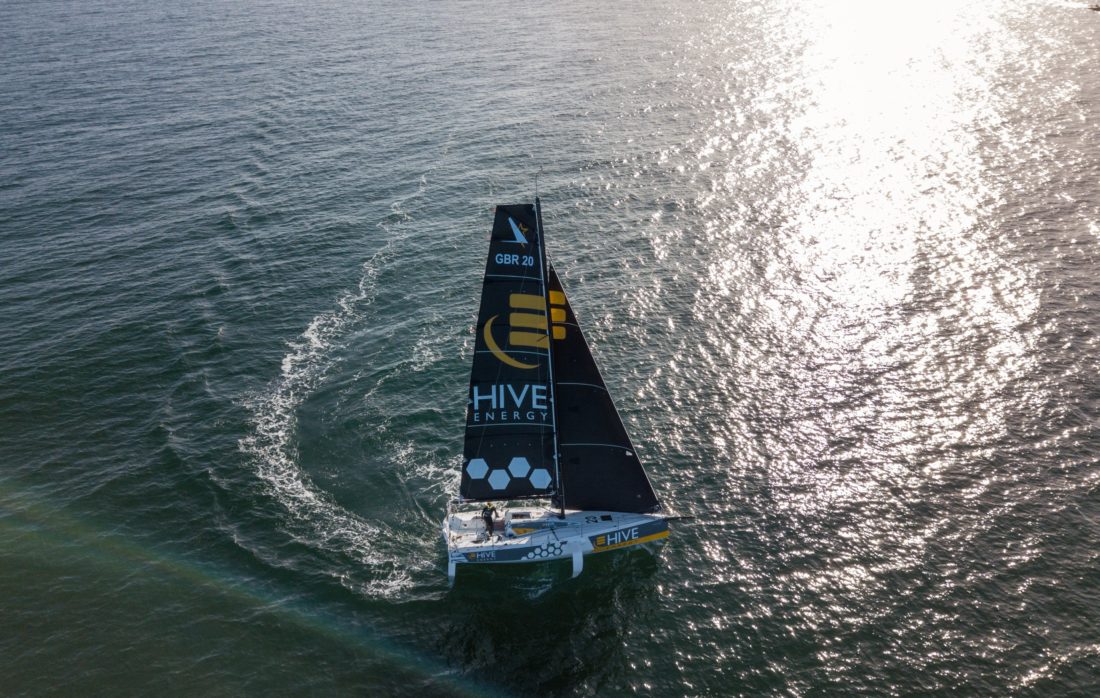 Stu Bennatyne, the best kiwi sailor and Doyle Sail Grand Prix expert, come back to France one week ago. He will work closely with Doyle’s top sail designers to find the complete package of sails to install on Beneteau Figaro 3.

Stu comments on the success of the first training session,“The full range of conditions allowed us to play around with the rig tune and optimise the sail set-ups. There’s a steep learning curve for everyone involved with the Figaros and there’s a lot of potential that has yet to be realised. Overall, I was happy with the performance of version one in terms of what the required sail concepts would be and the crossovers. We have taken that feedback and analysed every detail – version two will be a nice evolution.”

Stu explains, moreover, why Doyle’s Code Zero is a stand-out, “The Code Zero on these boats will be a really important sail, because it is more focused for upwind and tight angles.” Stu continues saying: ”Given the specific size of the sails, Doyle’s panelled Cable-less Code Zero has proven to be a wildcard for those looking for an edge over their competitors.

Will Harris, Joan Mulloy and Conrad Colman will be competing with primarily first-generation Doyle sails this season, however, Alan Roberts is using the “sample set” provided by Doyle and will receive the refined version two in time for the Solo Maitre Coq Figaro 3. The sample set is available for any and all Figaros who wish to test out the sails for themselves and can do so by either getting in touch with Stu or Alan, contacts provided at the bottom. The feedback received from the Skippers has been positive and Doyle is keen to take on more Figaro projects.

Alan Roberts worked closely with Mike (Sanderson) and Stu (Bannatyne) to develop and improve the Figaro sails package. The support from these experienced sailors and sailmakers is great and working closely with them is a fantastic opportunity. He is very proud for the success achieved with Figaro and he believes that Doyle has a great product as a new generation sails.

We have been doing lots of sailing, it is clear there is a lot to learn and a long way to go before the sails and sailing techniques are perfected. It will make for a very interesting Solitaire this year;

Going forward the focus will be to learn the new sails in time for the Solitaire. Again, with onsite support from Stu we will put a lot of time on the water to understand and analyse what we have done to be as successful as possible in this year’s Solitaire du Figaro.” Alanrobertsracing.com

Alan Roberts As the official Doyle Ambassador has offered to talk to other Skippers who may be interested in our sail program and has kindly given a testimonial on his progress with the Doyle team, moreover.