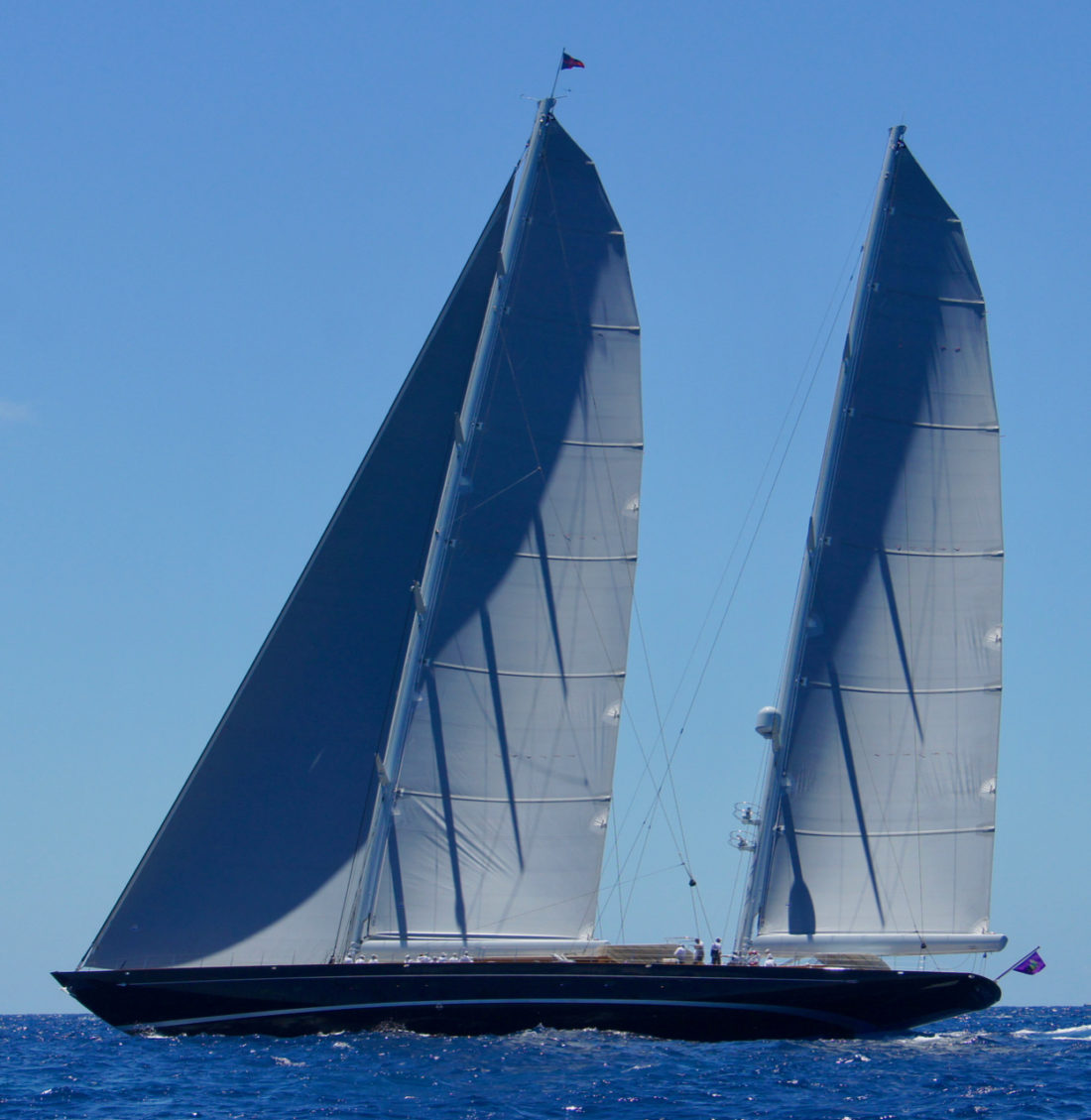 The 56-metre Royal Huisman ‘Aquarius ’wins the firts race at the Saint Barths Bucket Regatta 2019. Mike Sanderson – CEO of Doyle Sails – is excited because this was the first time the Dykstra-designed boat has ever raced and won.

Sanderson said that everyone in the boat was very proud after racing, for both the performance of the boat and the work of the crew for the whole race.

Even in the start wasn ‘t the best for a difficult first upwind leg, the ‘Aquarius’ crew – which included Doyle Sails representatives Daniel Fong and Chris Blunden – soon got the dark blue boat in the groove and purring its way around the anticlockwise round-the-island course.

“We had six times America’s Cup winner Murray Jones on board calling tactics which helped us shave time at every opportunity,” Sanderson said. “We are all delighted to have come away with a win to start this regatta.”

Aquarius – which features a 100% Doyle Sails inventory – completed the 25-mile (40-kilometer) course in a fraction under two and a half hours to take the top spot in Class C – Les Elegantes des Mers, beating the well-sailed J Class ‘Velsheda’ in second place by nearly three minutes on corrected time.

Doyle Sails boats performed well in other fleets too.

Racing at the Saint Barths Bucket 2019 continues Saturday and Sunday.