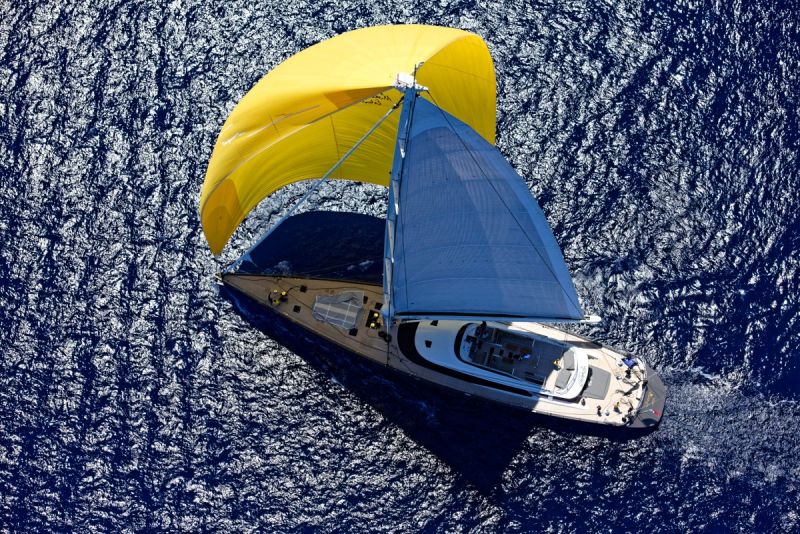 Doyle superyacht customers put on an impressive performance at the 2016 St Barths Bucket, held off St Barthelemy from 17-20 March 2016, with wins in three of the five pursuit classes that saw nearly 40 yachts compete.

The overall results of Doyle Sails this year are a testament to the continuing focus on performance and service from the team at Doyle. The regatta brings a strong team of sailmakers from Doyle’s lofts around the world to ensure that the yachts receive the full benefit of their sails. “I’m incredibly proud of our customers for the results in this year’s event, and it’s truly a testament to the team at Doyle we have assembled in order to help these yachts perform to their best” commented CEO Robbie Doyle.  “Our technology in recent years has continually kept our sails at the front of the fleet, but this year’s team onsite was the best we’ve ever had and helped get everyone across the line safely and quickly.  The results this year show both the grand-prix performance that our sails can achieve, but also the durability and shape holding of these sails over time.”

In Class B: Les Elegantes des Mers 38m P2 topped her recent victory at the Loro Piana Caribbean Regatta & Rendezvous with another win, taking 2-1-1 in the three races.

All of these winners have recently invested in the sail packages, with their improved sails proving their worth on the sail course. New sails being commissioned included a new staysail and jibtop for Axia, a new A3 and mizzen staysail for Rosehearty, a new A2 for P2 and Ohana‘s new ICE race jib. “We are delighted to see Doyle powered yachts performing so well in regattas and these latest results show just why so many owners are now turning to Doyle Stratis for their racing sail packages,” says Mike Sanderson, Head of Sales at Doyle Sails New Zealand.

Congratulations to all entrants for three days of exciting racing, with other Doyle customers in the regatta including Blue Too, Clan VIII, Persues^3, Silencio and Emmaline.