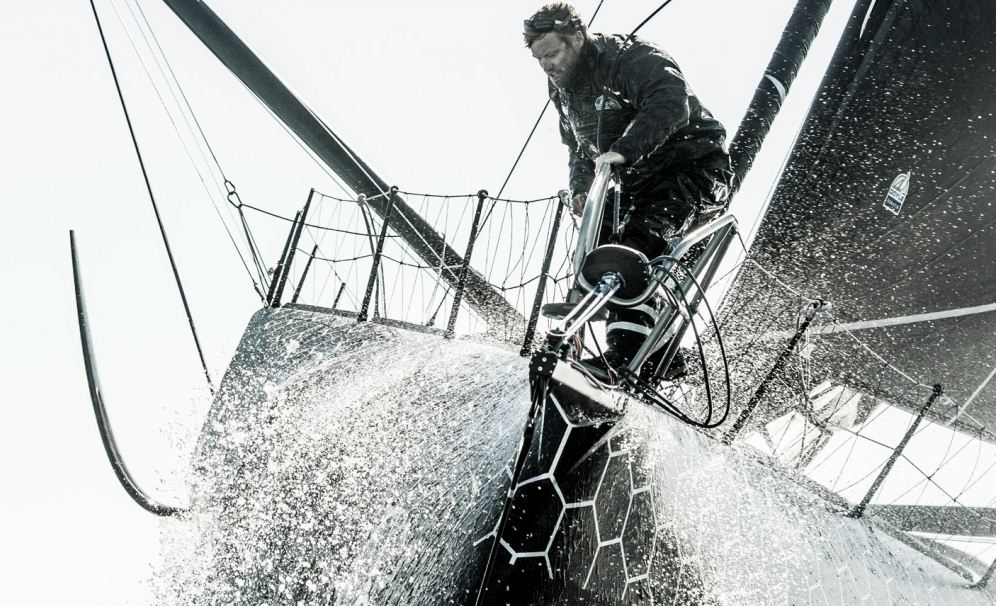 Doyle Sailmakers is enjoying the down to the wire pace of this years 2017 Vendée Globe unfolding this week. With UK sailor, Alex Thomson, on board HUGO Boss, and Armel LeCléac’h just 42.2 nautical miles ahead, we have seen seamanship, racing skills, and the sheer skills of both sailors. In the case of Alex Thomson, it’s been an absolute pleasure to work with Alex Thomson Racing through the Vendée Globe campaign.

“There is lots of talk about different foils we have on Hugo Boss but as always the speed edge we have does not come from one place and the other place where we are completely different to the other IMOCA 60’s is our sails, which obviously play a huge part in this race.” says Thomson, speaking from on board Hugo Boss. “The number of sails we can carry is limited to nine and they have to be light enough to be used single-handed and strong enough to survive the world’s toughest yacht race, so it’s a tough challenge for sail designers. The design team at Doyle Sails put in a huge amount of effort in the last two years to help us come up with the right suit of sails for Hugo Boss; the Stratis product lends itself brilliantly and I would be very surprised if anyone has anything as light and as durable as we have. It just goes to show that if you want something different, something fast, if you want an edge, it is best to not follow the crowd.”

Thomson has not only shown that his sail inventory has kept him very much in the hunt for first to finish, but Thomson has just set a new solo 24 hour distance record!! Sailing an incredible 536.81 nautical miles in 24 hours, Alex has beaten Francois Gabart’s previous world distance record of 534.48 in the Vendée Globe.

Doyle Sailmakers is proud to be rooting for all of the incredible sailors in the Vendée Globe, but in particular we must tip our hats to the talented Alex Thomson.

When asked what he thought Alex’s secret was, Robbie Doyle’s response was, “If anyone saw Alex’s video of a couple of days ago, they saw his secret: absolute calm. This was just hours before he went on to set the world 24 hour record for solo sailing of 536.81 nm! I had the privilege to participate in some sail and boat testing with Alex when he was in Newport. Even though he was still working out the kinks, our speed edge was obvious.  At the end of the day he asked, “Any suggestions?” As one who is not reticent to respond to such queries, all I could say was,  “Perfect what you have, and hold it together.” Even with a broken foil, he has more than held it together. It is going to be an exciting and challenging race to the finish. Regardless of who wins, both Alex and Armel have set a new standard for not only solo sailing, but monohull sailing itself.”