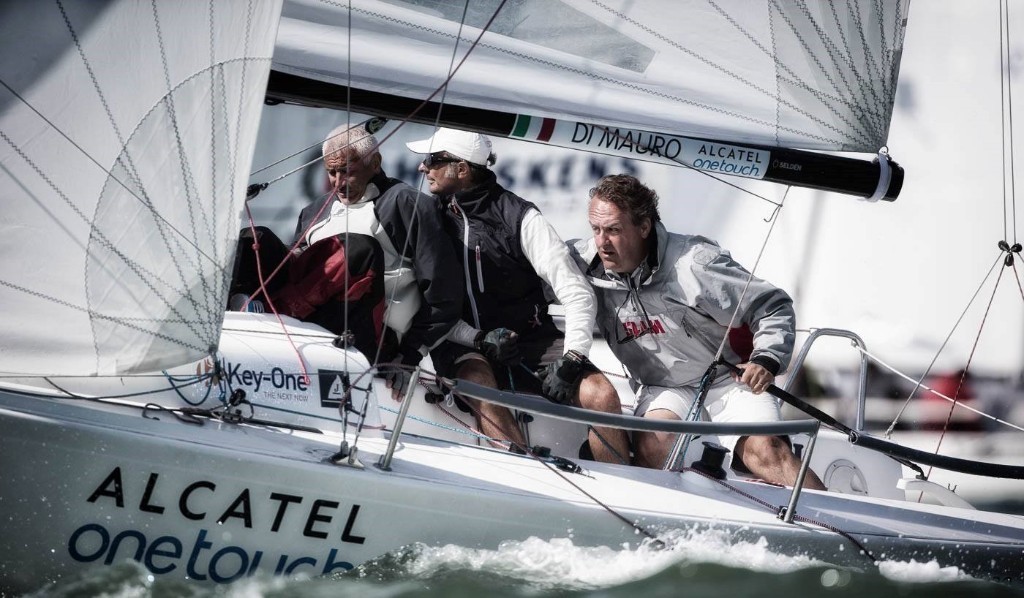 Over his long career, that began in 1997 upon completion of his degree in Aeronautical Engineering, Castelli worked on an aeroelastic model coupled with a VPP (velocity prediction program). At the time, it was ground-breaking technology, with only Michael Richelsen from North Sails working on the same concept with Membrain. A few months after graduating Castelli was hired by America’s Cup’s first Swiss Team in 1997 where he worked  in the aerodynamics R&D department at the Lausanne Institute of Technology and then later as their sail designer and sailing team member from 1998 to 2000.

Since then, Castelli has been able to work as a private professional on a consulting basis for bigger boat projects. For the past three years he has worked closely with Frers Design on performance prediction and optimization. Castelli’s role at Doyle Italy will focus on strengthening the performance of One Design and Racing Sails. Castelli explains the beginnings of his working relationship with Doyle,
“Last September, during the J/70 World Championship in Sardinia, I was approached by my old friend of 30 years, Francesco Bruni (shareholder of Doyle Italy) who was interested to learn more about my sail design experience. The contacts went on to Doyle Italy owner Salvo D’ Amico, whom I also knew from Laser sailing, but who is much younger than me…and here I am. I’m very excited to be a part of this young and enthusiastic team of people who are running their sailmaking business in a very effective way, that I admire very much. I hope that I can add to that momentum in the many years ahead!

“It is great to have “Dado” onboard and we know that his extensive knowledge and experience in sail design will hugely benefit our sail design work,” says Doyle Italy’s Managing Director Salvo D’ Amico. “We have seen major growth in Doyle’s global presence in the performance sector and investing in our team will ensure that our customers are working with the best experts the industry has to offer.”